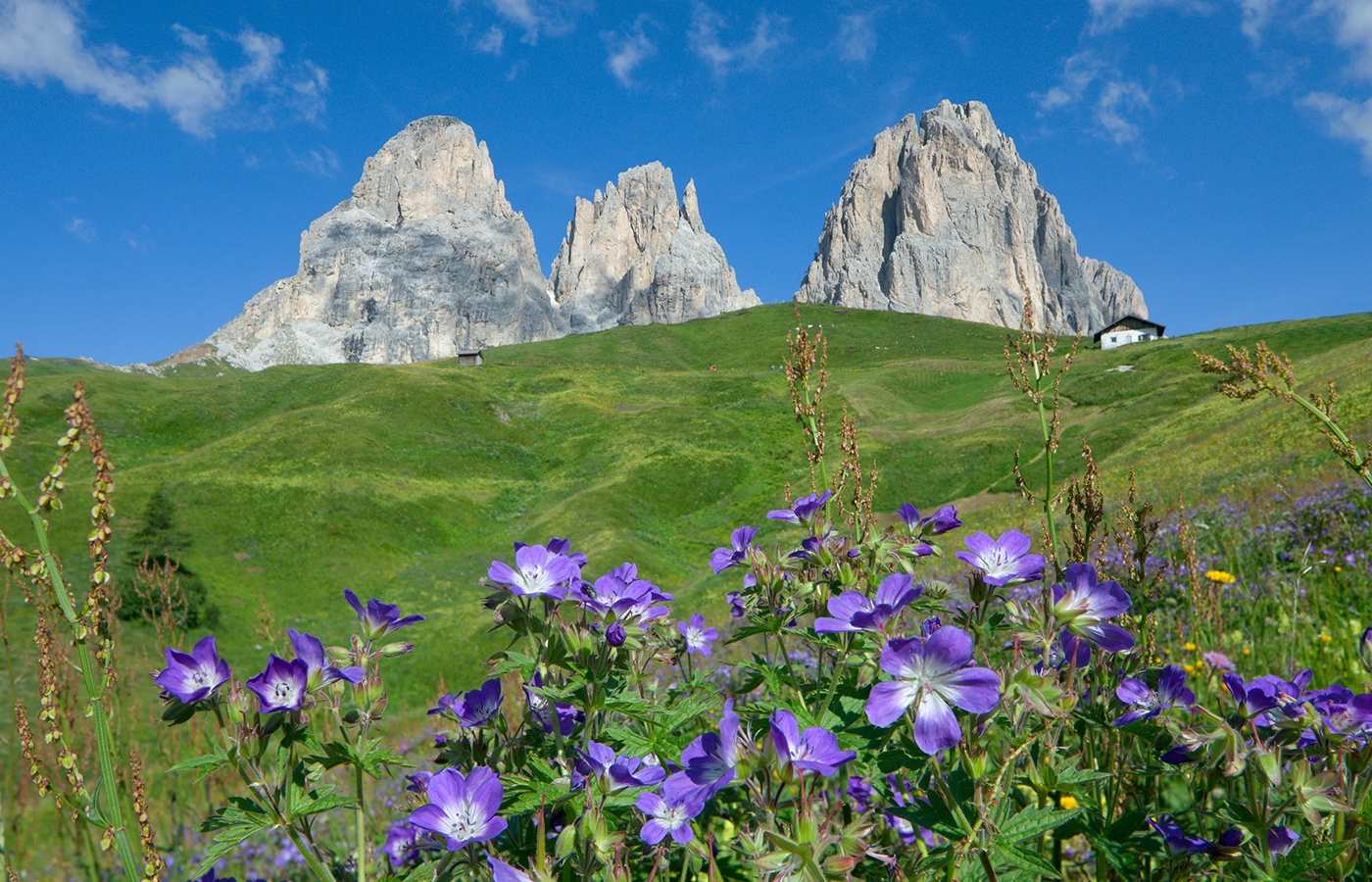 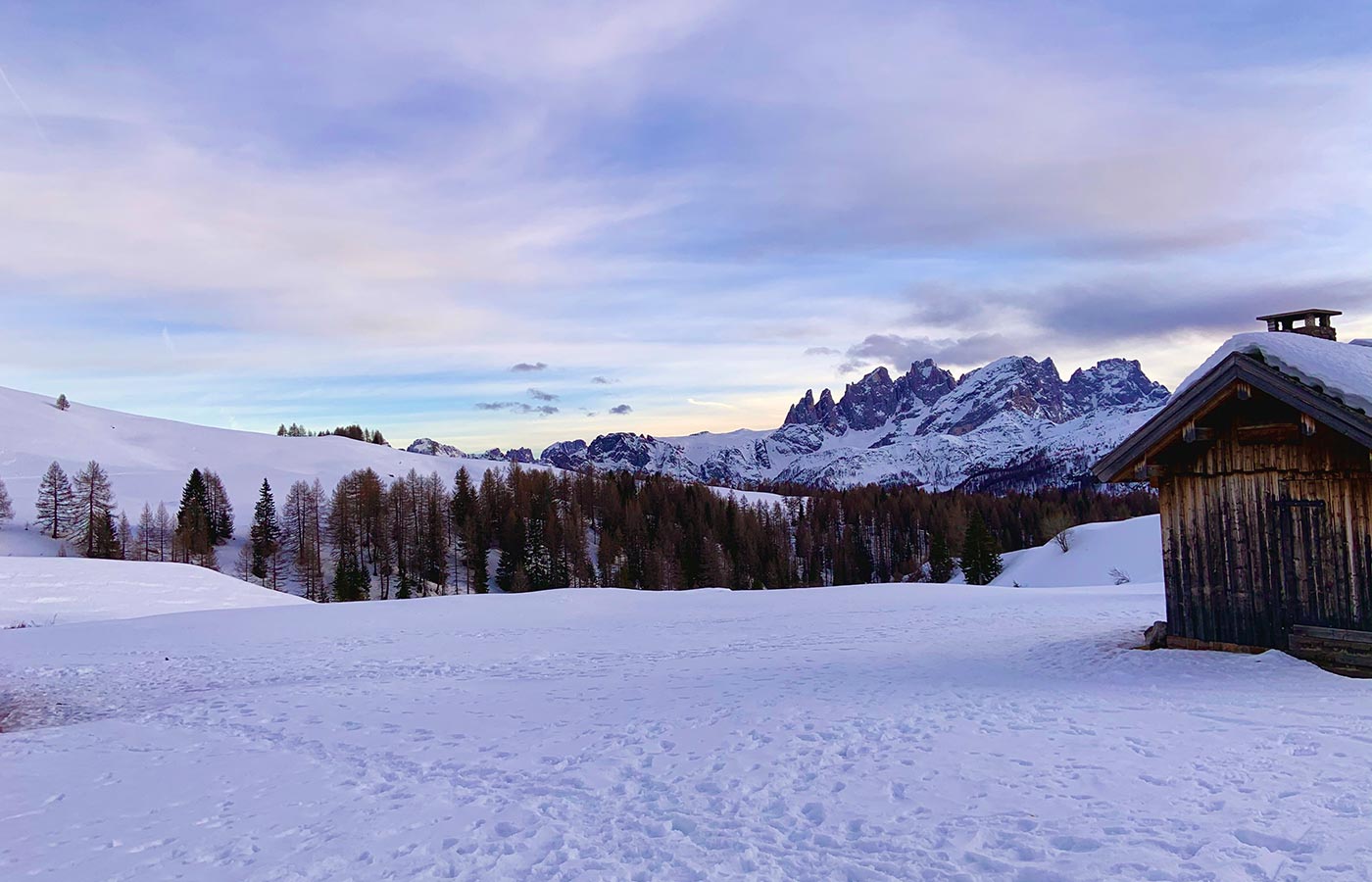 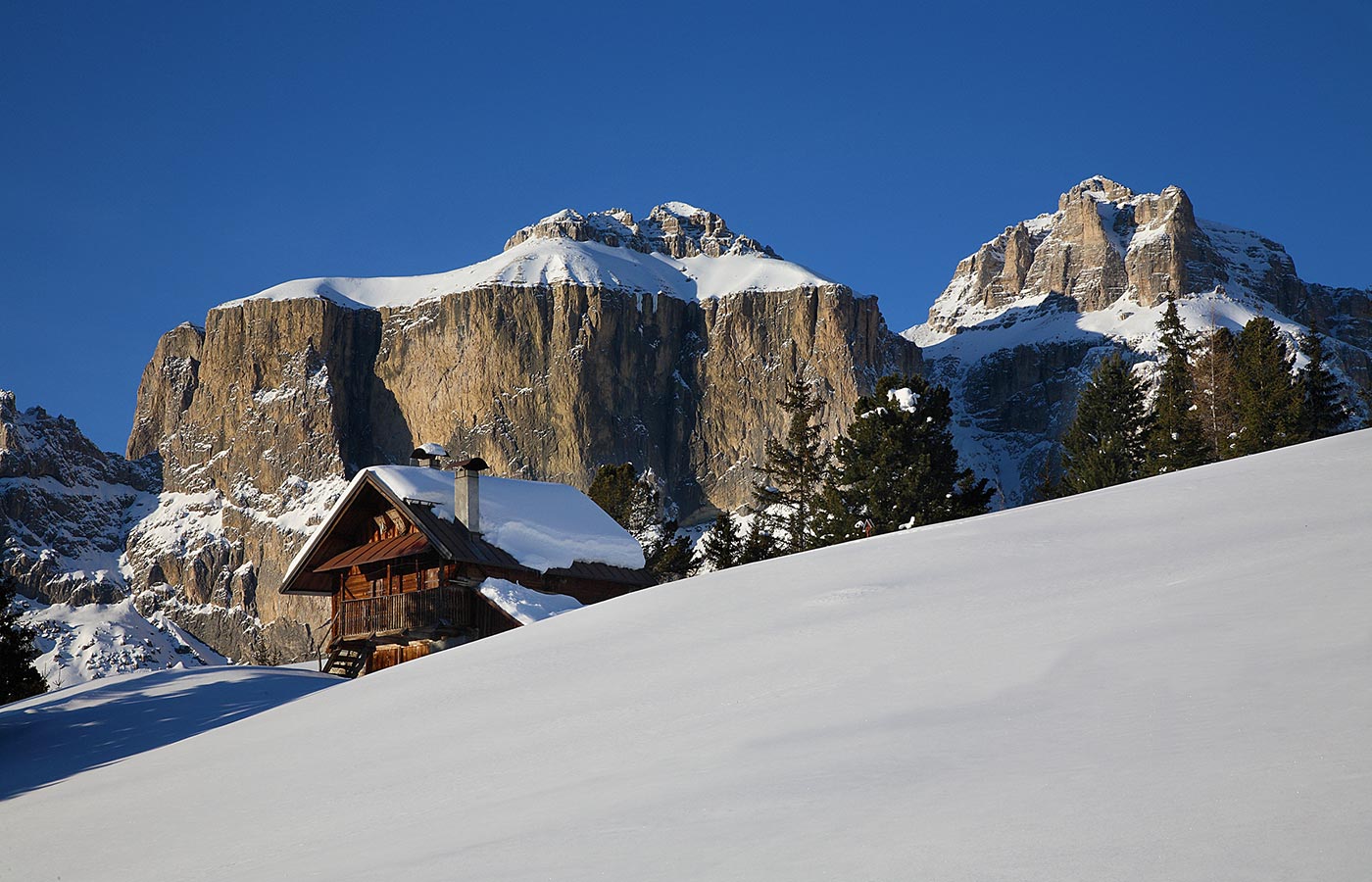 Moena: welcome to the Fairy of the Dolomites

Located in Val di Fassa, Moena is the perfect destination for all mountain lovers, adults as well as children, who are looking for a stay in the pursuit of nature, sport, fun, relaxation and speciality food and wine: a fantastic mix to make your holiday special! Moena appears from the heart of the Dolomites, surrounded by breath-taking panoramas: to the north, the Sella group with the Sassolungo and the Sassopiatto; to the east, the Monzoni and the San Pellegrino; to the south the Sas da Mezdì; to the west/north-west the tip of the Latemar and the sharp spires of the Cantinaccio. Moena is a perfect starting point for beautiful hikes within reach of everyone and for a variety of routes that can be explored by mountain bike or road bike, starting with the Dolomites cycle path which crosses the Fassa and Fiemme valleys, running 48km in length.

In Moena, you can immerse yourself in Ladin culture and tradition, visiting the town's neighbourhoods and districts. The historic city centre encourages you to take a walk, poking around in between the windows of shops selling crafts, typical local products and clothing. Allow yourself an unforgettable holiday! Moena is waiting for you!

Val di Fassa - located in the north-east of the Trentino region, bordering the provinces of Bolzano (South Tyrol) and Belluno (Veneto) - is surrounded by some of the most important mountain ranges in the Dolomites: the Marmolada, the Sella Group, the Sassolungo Group, the Catinaccio group. 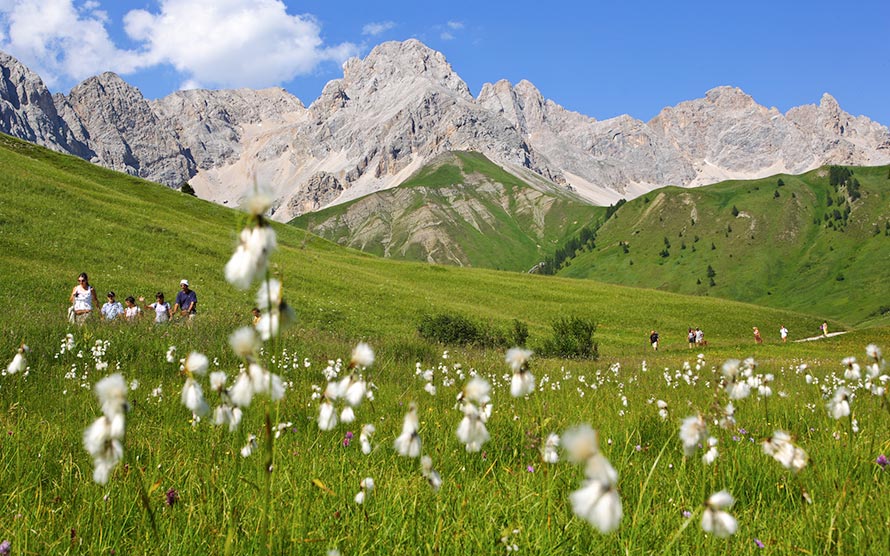 Marmolada, standing at 3,342 metres tall, is the Queen of the Dolomites!

The Marmolada funicular leaves from Malga CIapela, and connects the station of departure (1,450m) to Punta Rocca (3.265m). While at the midway Seratura station, you can visit the Museum of the Great War.. The Sella group is situated in the heart of the Dolomites - between the Fassa, Livinallongo, Badia and Gardena valleys - and is by the famous “four passes”: Passo Gardena (north), Passo Campolongo (east), Passo Pordoi (south) e Passo Sella (west).

From Passo Pordoi, you can use the funicular to get to Sass Pordoi, the southernmost point of Sella: here, at 2,950 metres above sea level, the landscape will truly leave you speechless, with a 360° view of the main groups of the Dolomites: from Marmolada to Pale di San Martino, from Sassolungo to Tofane, Antelao, Pelmo, Sasso della Croce, Civetta, Conturines, Lavarella, Sorapis, Catinaccio. The Paneveggio Pale di San Martino Natural Park, in Western Trentino, spreads over a surface area of over 19,000 hectares.

From Moena, the park’s closest entry point is the “Forest Land” Paneveggio visitor centre, at the side of the road that goes from Predazzo to Passo Rolle. Beyond Passo Costalunga - closely connected by dense spruce woods and surrounded by the peaks of the Latemar group - there lies the glistening Lago di Carezza, a small jewel of the Dolomites, which has always marvelled visitors. It has been a source of inspiration for poets and painters enchanted by its beauty. "The Dolomites may not be the tallest mountains in the world, but they are certainly the most beautiful"
– Reinhold Messner –

The Dolomites are unique mountains of outstanding natural beauty!
On 26th June 2009, UNESCO listed the Dolomites as a natural World Heritage site.
With their multitude of rock faces, towers, spires, gorges and ridges, the Dolomites are an irresistible attraction for anyone who loves the mountains. At sunset and sunrise, the distinctive dolomite rock takes on striking pinkish hues.
In every season, the Dolomites offer dreamlike landscapes:
The awakening of nature in spring, the vitality of summer and the richness of colours in autumn, right up to the whiteness of winter with kilometres of snow-covered slopes.
Discovering the Dolomites is an incredible emotion!